it started so innocently. 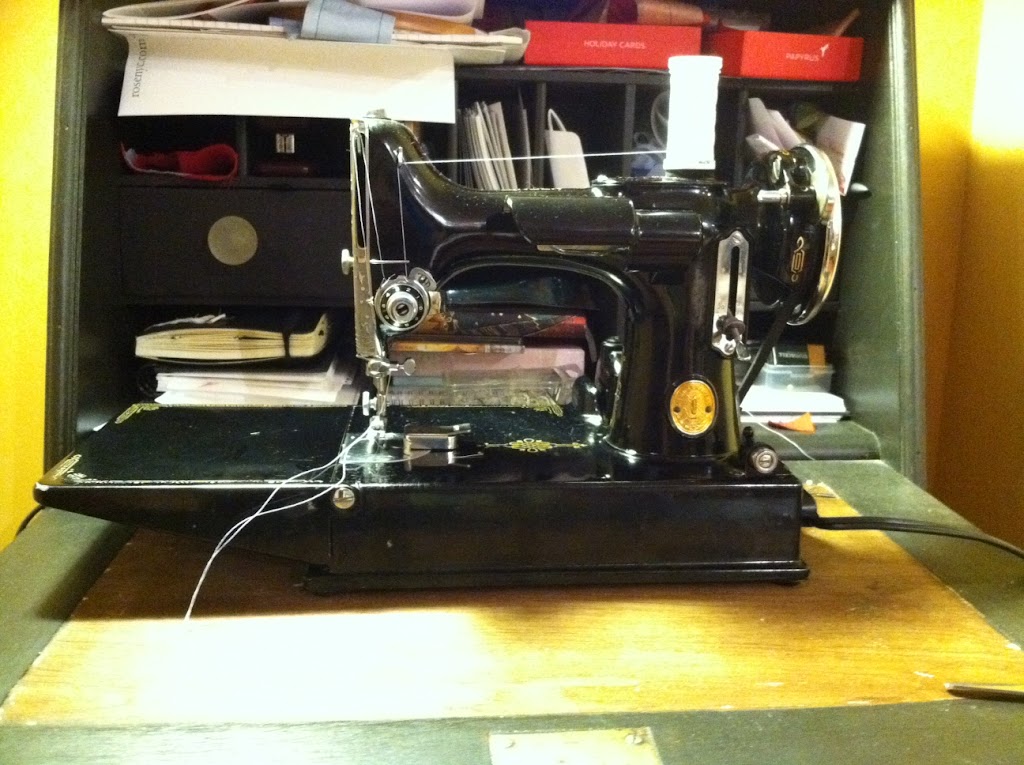 like so many, i read with curiosity and amusement about peter’s ongoing affairs with multiple vintage sewing machines on Male Pattern Boldness.  i watched the treadle video. 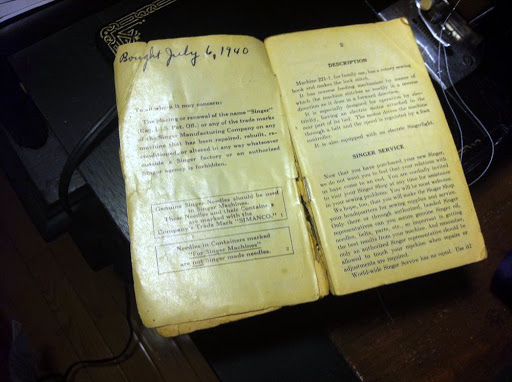 i read his article on BurdaStyle.  started perusing craigslist.  when i hit my local flea market, i started keeping an eye out.  i even made an offer on a Singer Spartan…but i still couldn’t take the plunge.  it was a fling, a crush.

earlier this summer, while taking my second annual summer Sit-N-Sew with Kenneth King and Susan Khalje, Kenneth started talking about his flea market finds and a crazy lady named Gloria who sells at one of his favorite haunts on 26th street.  i said, out of nowhere, “i think i’d love a singer featherweight.”

kenneth says, “do you want to buy mine?  i have two.  i just bought one from Gloria.  it has a bobbin case, a carrying case and about 100 presser feet–even a ruffler.”

…yeah.  put me right on the spot.  the price seemed high-ish (since he told me what he’d paid for it himself) but also extremely fair once i started doing some googling.  next thing i knew, i was stopping at the ATM on the way to class saturday morning to meet my new friend. 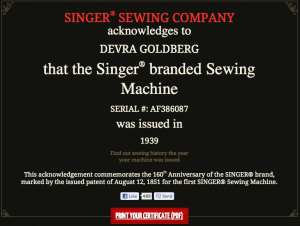 apparently, mine is a bit special.  according to the fabulous LynnRowe on PatternReview, “The “SINGER” decal on the machine arm, instead of the machine lamp, is quite rare, and only a few 1939 Featherweights had it.”  And she would know, being a bit of a Featherweight celebrity herself.

so now, here i am, with a new (old) sewing machine and only the barest hint of how to use it.  which hasn’t stopped me…i’ve already made more than half of a tailored jacket on it and pieces of a 1950s dress.  but in case there are others like me out there, i’d like to point out the following resources:

This entry was posted in Vintage and tagged 1930s, featherweight. Bookmark the permalink.