simplicity 2183: my favorite separates need to come back down to earth now

my desire to make more separates is fueled entirely by my love for this pattern, which got off to an incredibly inauspicious start when i made my first set in january of this year.  i bought the fabric in may 2010 at tissus reine in paris, and cut it out later in the summer of 2010.  then i realized that i had forgotten to cut out the sleeves.  and that i didn’t have enough fabric.  it went straight to the UFO pile for a while after that–abandon hope, all ye who enter here.

finally, about 6 months after my original fabric purchase, the specific colorway of pelagia i was trying to work with became available at B&J in NYC.  i was thrilled, but cautious.  i only bought half a yard, figuring that would be enough for a sleeve.

i was wrong.  i ended up needing to jerry-rig a two-piece sleeve using a tip from the PatternReview 1000 Tips book and some incredibly dubious pattern drafting. 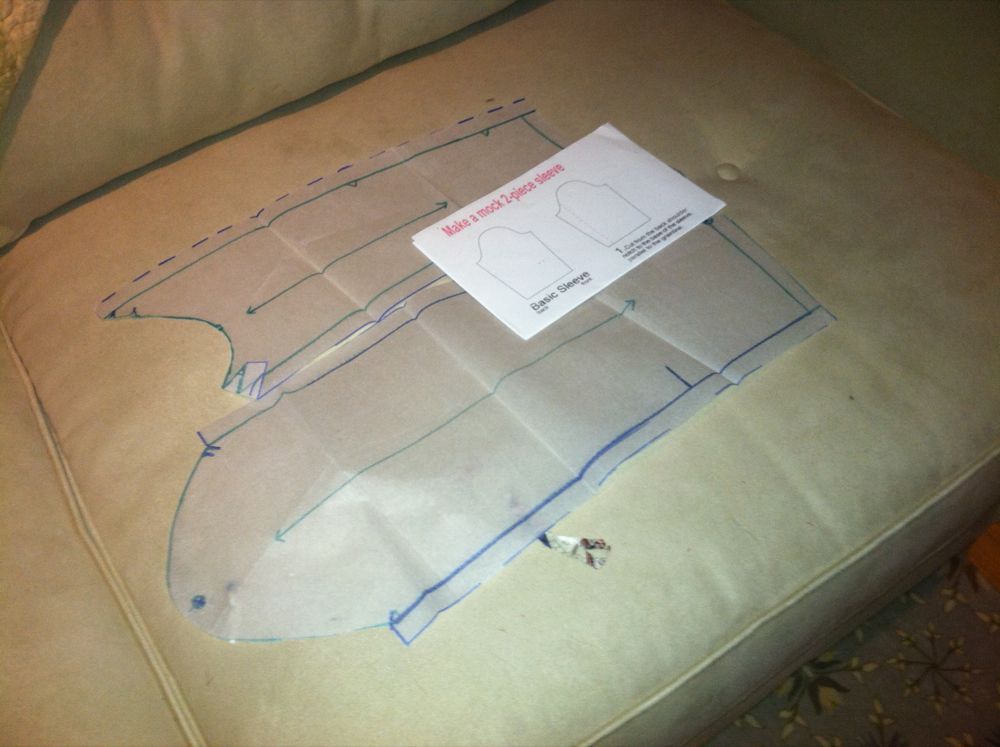 also, i had mono.  did i mention that?  so it took me about a week, sewing (literally) one seam at a time with hours-long rests in between them…to make the blouse.  (the skirt took even longer!)  but i finished and found myself in love. 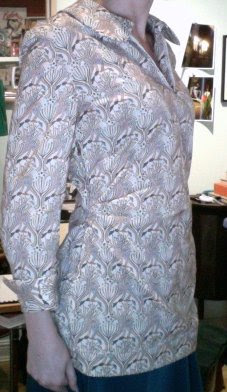 i found myself wearing the ensemble at least once a week, often with a comfy sweater and some great brooches.  i determined immediately that i needed more of them (outfits, not brooches).  so you can completely understand why it took me almost a year to get to this point: 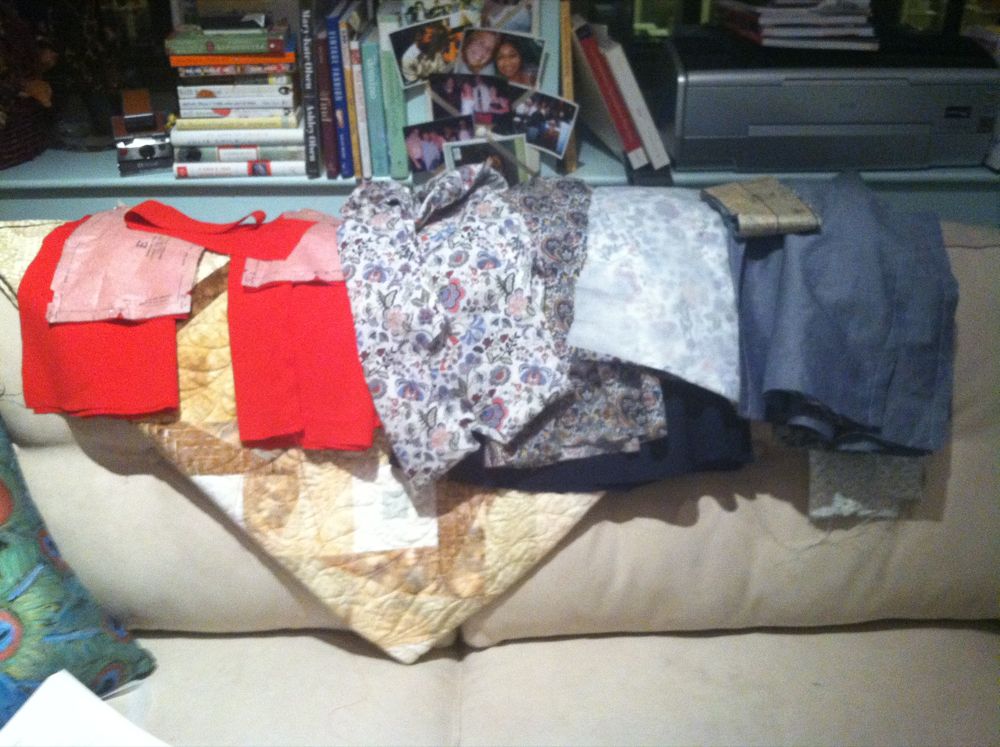 last night i sewed up half the skirt in less than half an episode of leverage, so clearly it is not a time issue here.  in my defense, i tried some new pattern drafting with these new versions–i re-drew the sleeve to have the cuff drafted in.  i now have no idea how to assemble it.  so i have two complete bodices (including zippers) with no sleeves and no collars. 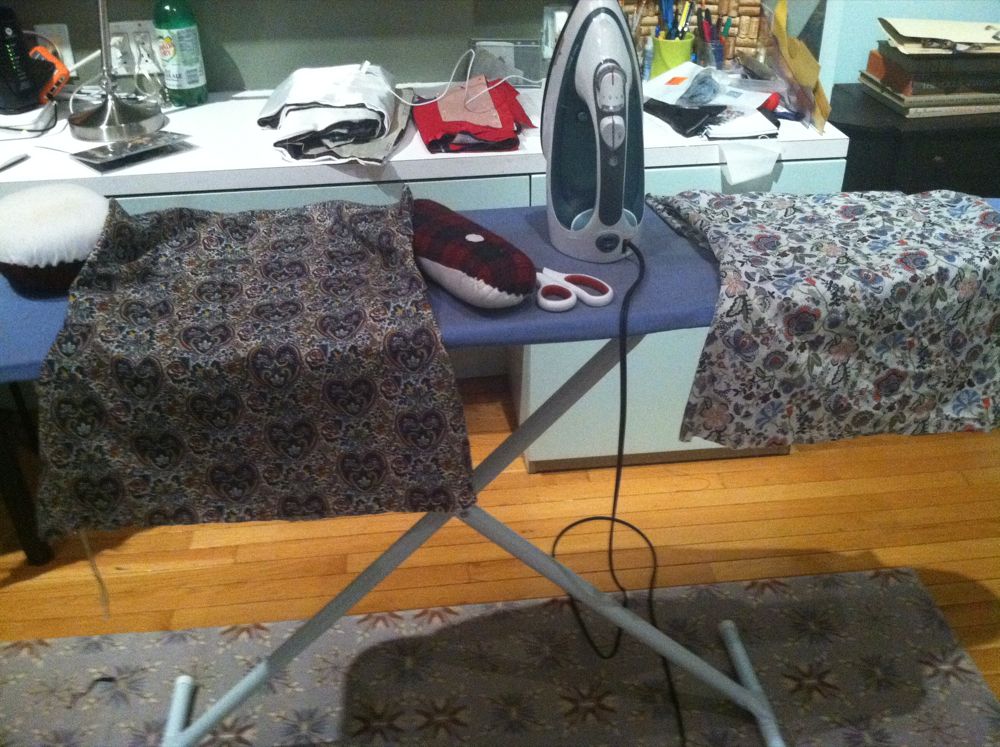 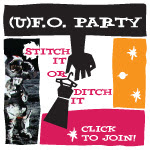 This entry was posted in Flying Saucers, In Progress and tagged 1940s, blouse, flying saucer, skirt. Bookmark the permalink.