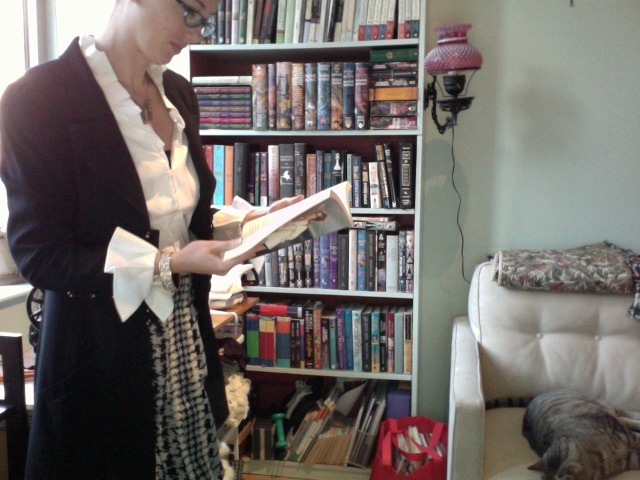 earlier this fall i had a chance to go to paris, which obviously meant two things:  window shopping (or, in french, faire du lèche-vitrines, which translates to window-licking.  awesome!) and fabric shopping.  i went for a double-whammy when a chanel boutique and one of the top shops in paris were directly across the street from each other, only the skirt i liked cost about 2500 euro and the fabric (chanel-branded, biensur) was more than 100 euro per meter. 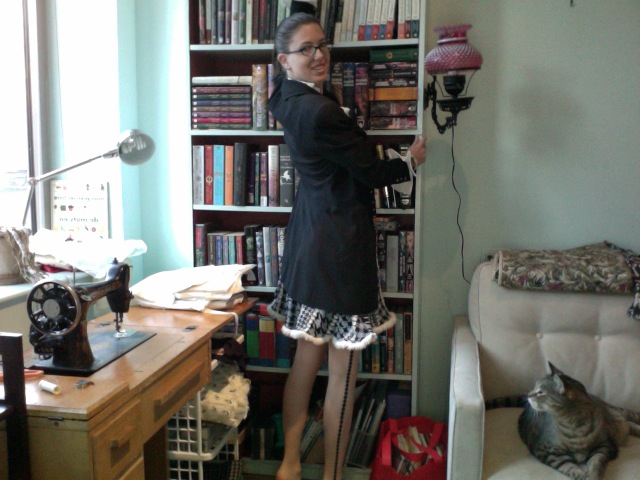 fortunately, i had susan khalje on my side.  prior to my trip she had mentioned a great weaving and textiles shop in a far corner of paris that often made fabric for chanel–and had an amazing remnant policy.  so late one afternoon, there i was, in a bit of paris i had never been to before, lugging around 3 huge bags of fabric and frantically digging through boxes.  i did come up with a wonderful gem that closely resembled the coveted chanel fabric, only in a cooler color (periwinkle/lavender) and with some kind of furry trim that made it seem extra fun.

i had just enough to squeeze out a skirt and have the pattern of the fabric make some kind of sense.  it’s not quite the same as the original chanel, but c’est la vie.  i did include some hand-stitched details to channel an appropriately french petits-mains approach.  also, i faced the skirt in grosgrain ribbon instead of self-fabric to reduce bulk.  the center back of the skirt has two pleats on each side for some extra fullness.

for my look today i was really feeling some kind of strange vibe that i categorized as “rockabilly librarian” because of the ponytail, and my original blouse, which had a peter pan collar and a pussy bow.  but then i remembered that i hate that blouse, grabbed the one i am wearing in the photo, and was already running late for work so i didn’t get a chance to swap my blazer for a comfy-er sweater option.  not so much marian the librarian, but that’s where i was going… 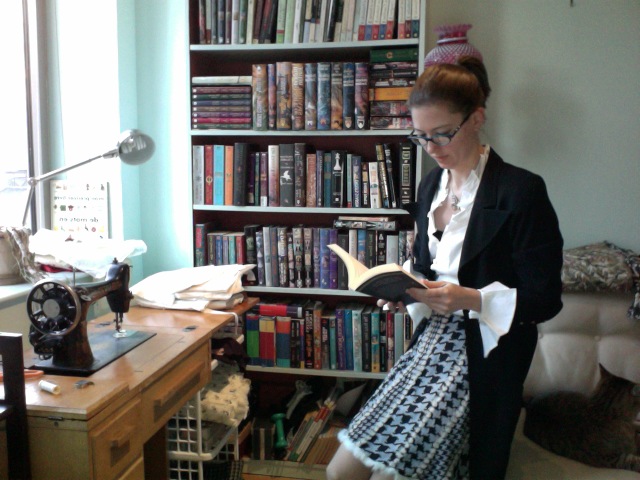 4 Responses to the sew weekly: the “marian the chanel librarian” skirt (self-drafted pattern)