so, as i mentioned, i had this noodle about using a doodle from peter max as part of my “collection” inspired by my house and my mom. (several of you are nodding your heads and rolling your eyes and saying, duh, puu, this is only the third or fourth time you’ve reminded us, but it helps me get my thoughts together).

i’m actually already trying to work on pattern choosing for my collection, but really i’m having fun with tie dye and screen printing for a few basics. i’m thinking mostly seventies-inspired, for example, and that means some jersey and t-shirt action. so i got it into my head that an interesting technique, and perhaps the most efficient one, to get the designs on to the fabric was by silkscreening. 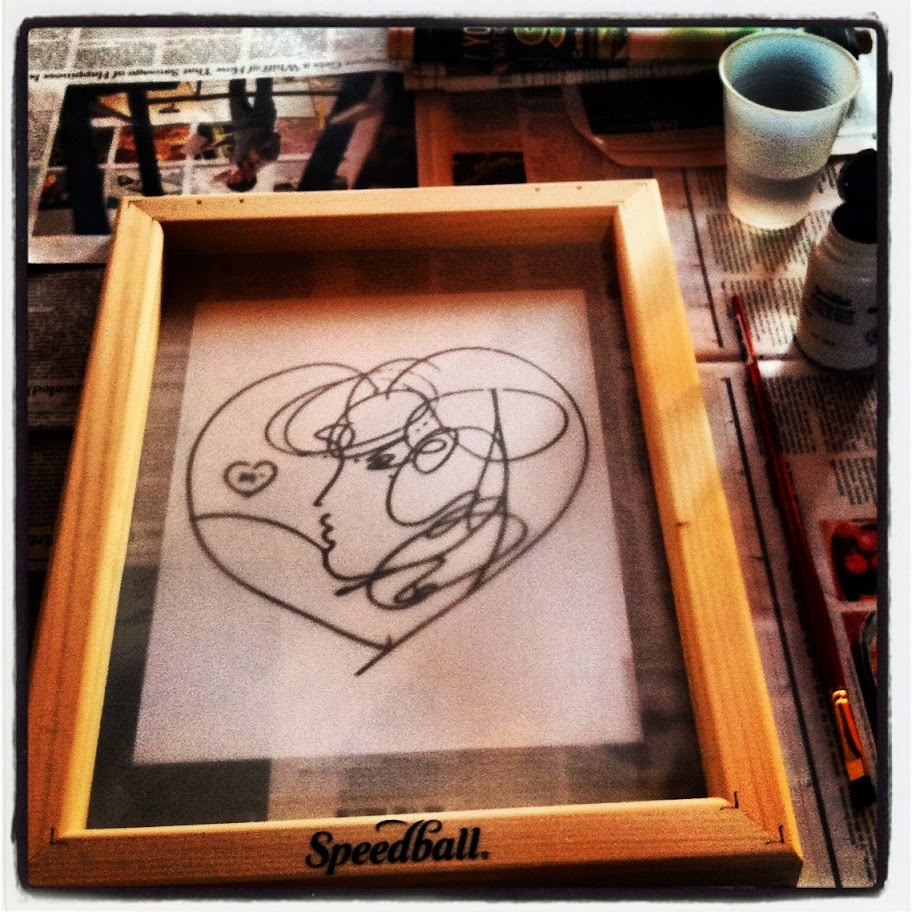 step one: a printout of my design placed print-side to the screen.

this was mostly inspired by the fact that the art supply store by my house had a screenprinting kit on sale two sundays ago. being me, i immediately started scouring for books on the technique. there don’t seem to be many, so i started off with the basic speedball instruction manual that came with the kit. i then found printing by hand, by lena corwin, and simple screenprinting by annie stormquist. 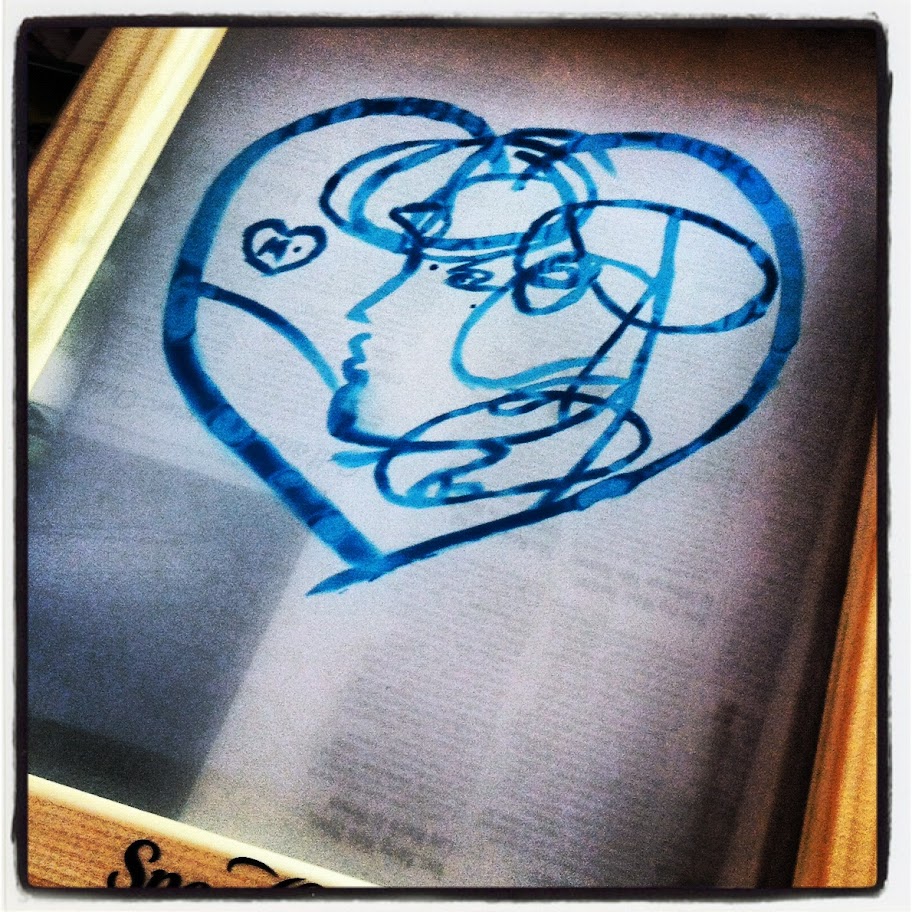 step two: tracing the design with “drawing fluid” directly onto the screen.

browsing the books, i was starting to get really concerned, because it seems like the most advanced and most sophisticated method of screenprinting involves using several photo-emulsion techniques, including turning your drawing into something light-sensitive and exposing it directly onto the screen. believe me, i have a lot of familiarity with these sorts of techniques, using much scarier chemicals (ammonium dichromate, anyone?), and i was not interested in the vagaries of exposure time on such a basic project that was meant to be simple and fun. 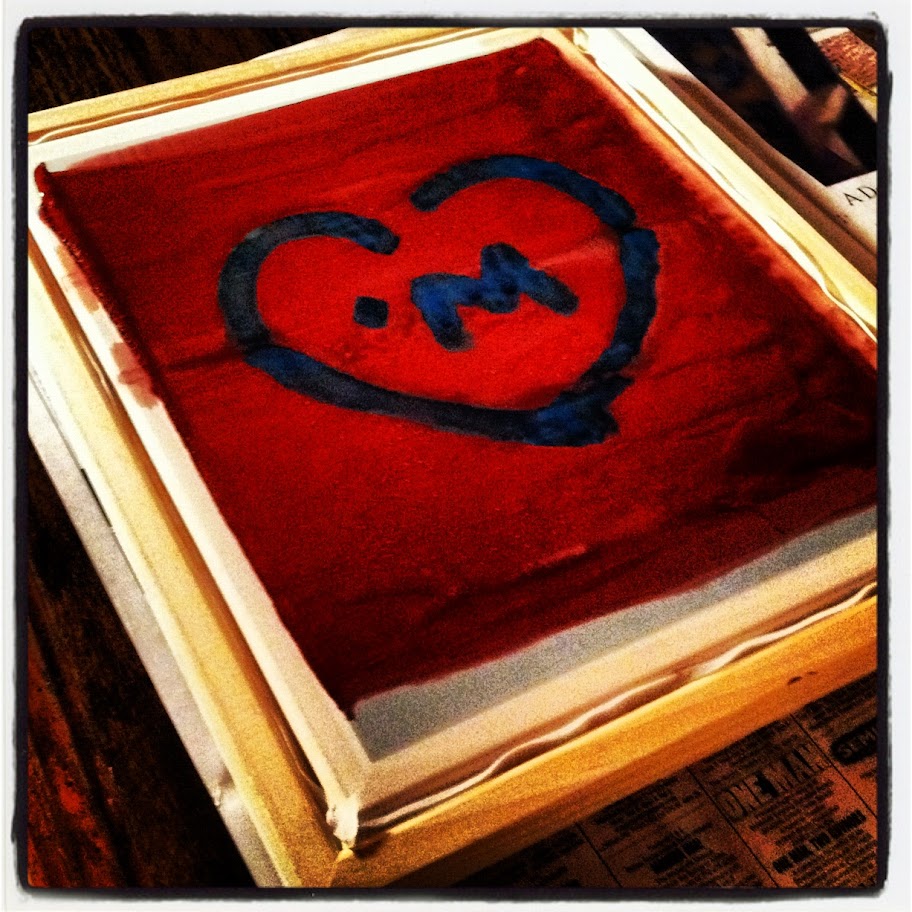 step three: painting over the drawing fluid with screen filler to create the actual stencil on the design.

one alternative to photo emulsion seemed to be the ever-popular freezer paper stencil, but i was concerned that my design was too elaborate and i wasn’t interested in cutting out and saving all of the bits and pieces of the sketch. 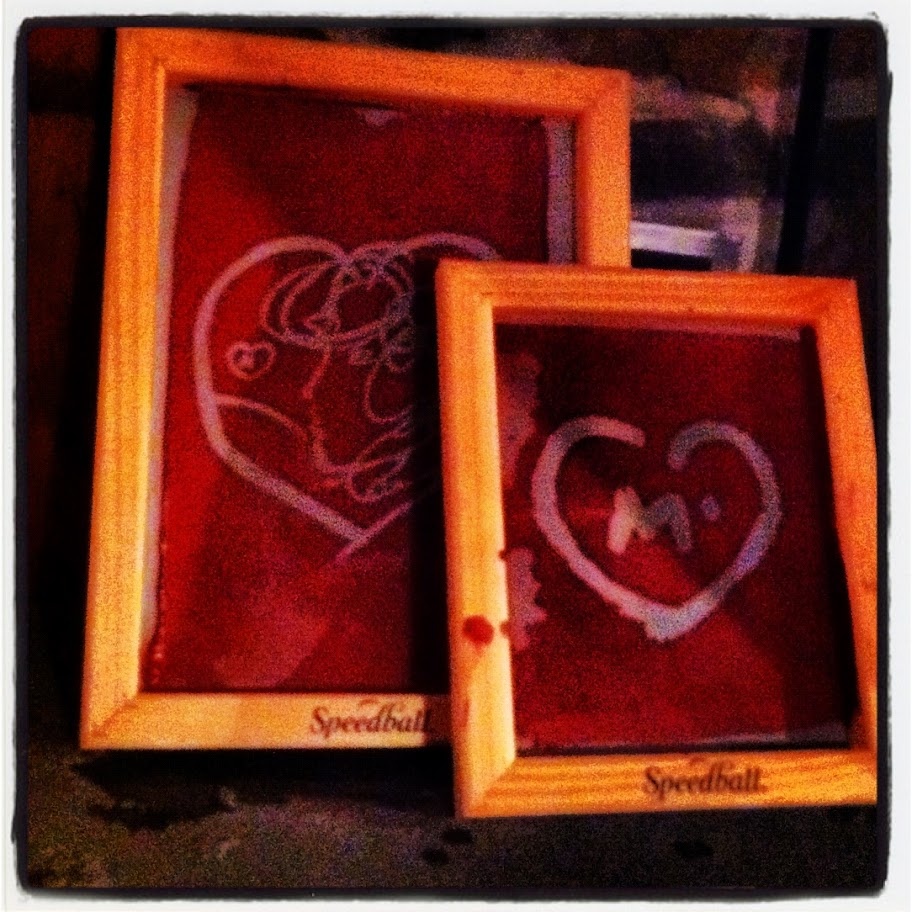 i knew there was a better way, and found it both in my books AND on the internets. check it out. what i ultimately decided to do was trace, by hand, the sketch directly onto the screen and then fill in the background using the basic chemicals that came with my kit. this was a bit unnerving, since i don’t have the steadiest hand, but i was able to embrace the uncertainty and stayed up until 1am on monday morning finishing up the screens. 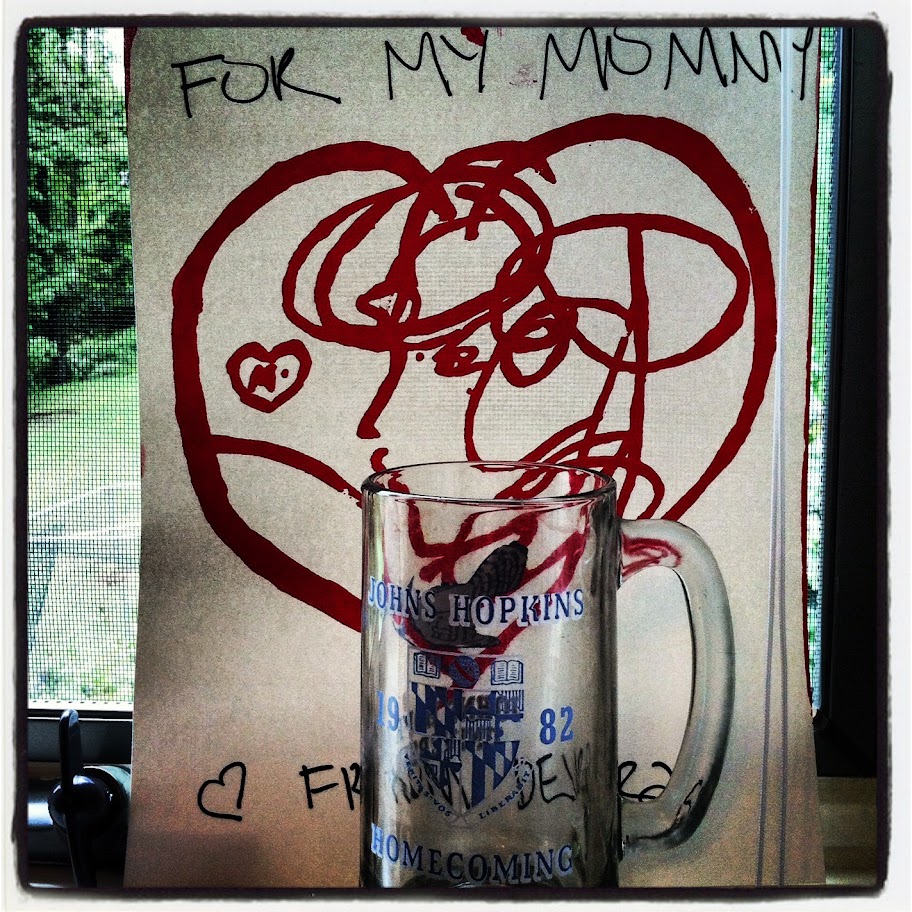 first print: you have to prime the screen with a paper print before going to the fabric.

it’s been raining all week so it wasn’t until today that i was able to run outside to my “workspace” on my parents’ back porch and make a test print. i got so carried away i also made my first shirt.

also, sometimes the sewing gods are telling you to just take a break. 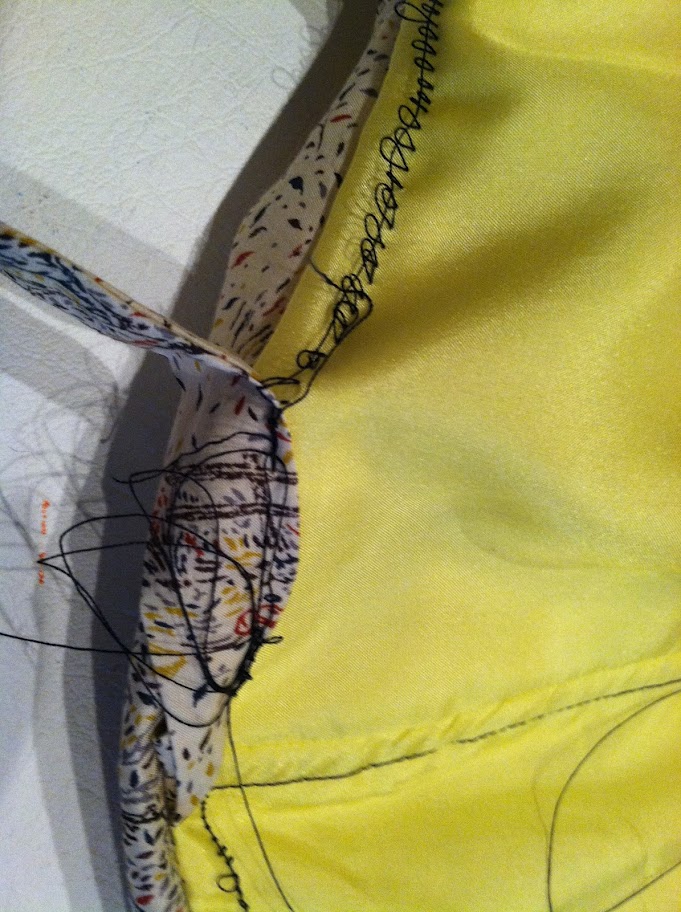 This entry was posted in In Progress and tagged screenprinting. Bookmark the permalink.